(The following is a joint press release from the Naperville Police Department and the DuPage County State's Attorney's Office.)

On August 11, 2022, a Naperville police officer pulled over a vehicle with tinted windows for allegedly failing to signal when changing lanes. As the officer approached the vehicle, he observed the driver, later identified as Williams, allegedly moving about the front interior of the car. Upon making contact with Williams, the officer allegedly observed a strong odor of cannabis coming from the vehicle. It is alleged that following a search of the vehicle, the officer found a backpack in the front seat of the vehicle containing a loaded Polymer 80 9mm pistol (ghost gun), 34 pills of ecstasy, approximately one gram of heroin and approximately 140 grams of cannabis. Williams was taken into custody at this time.

“It is alleged that instead of conducting himself within the legal limitations placed upon him due to his past criminal behavior, Mr. Williams thumbed his nose once again at the law and decided to not only illegally arm himself with an untraceable gun, but also possess illegal narcotics,” Berlin said. “This is the second time this week and the seventh time within one month that a DuPage County judge has denied bail for a defendant accused of serious crimes. To be blunt, the message coming from DuPage County is crystal clear, felons who illegally possess a gun will be prosecuted to the fullest extent of the law. I thank the Naperville Police Department for their vigilant work on this case that allegedly took a dangerous weapon out of the hands of a convicted felon and illegal narcotics off our streets. I also thank Assistant State’s Attorneys Claudia Fantauzzo and Kelly McKay for their efforts in preparing a strong case against Mr. Williams.”

“While all alleged offenders are innocent until proven guilty, this is the second time this year our department has arrested this particular individual for unlawful possession of a firearm and other serious charges,” Arres said. “Our department is committed to keeping this town safe, and our officers will not stop proactively patrolling this city, making traffic stops and taking dangerous people and weapons off our streets. I want to thank our officers for their selfless service to our community and DuPage County State’s Attorney Bob Berlin’s office for doing its part to keep such individuals out of our communities after arrest.”

Williams’ next court appearance is scheduled for September 1, 2022, for arraignment in front of Judge O’Hallaren Walsh. 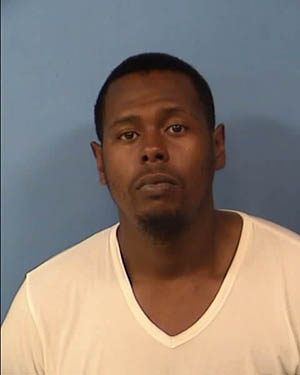