(The following is a joint press release originally issued by the DuPage County State's Attorney's Office on Oct. 1, 2022.)

DuPage County State’s Attorney Robert Berlin and Naperville Chief of Police Jason Arres announced today that bond has been denied for a Chicago man accused of stabbing a female acquaintance multiple times about her stomach, neck and chest. Willie Tidwell, 50 (d.o.b. 8/29/1972) of the 300 block of W. North Avenue, appeared in Bond Court this morning where Judge George Ford granted the State’s motion to deny bond. Tidwell has been charged with one count of Attempt Murder (Class X Felony) and one count of Aggravated Domestic Battery (Class 2 Felony).

It is alleged that on Sept. 10, 2022, at approximately 9:17 p.m., Tidwell, who was involved in a romantic relationship with the victim, went to the Extended Stay located at 1827 Center Point Circle, where the victim had been staying. It is alleged that once inside the victim’s room, a verbal altercation ensued between the victim and Tidwell. It is further alleged that the altercation turned violent with Tidwell repeatedly hitting the victim. It is alleged that Tidwell then pulled out a knife and stabbed the victim eleven times about her stomach, neck and chest. It is alleged after the attack Tidwell fled the scene at which time the victim called 911. Following an investigation into the stabbing, Tidwell was identified as a suspect. He was taken into custody from a home in Calumet City on Sept. 30, 2022, without incident.

“It is alleged that Mr. Tidwell ruthlessly beat and stabbed an innocent woman eleven times and then left her bloodied and beaten on a hotel room bed,” Berlin said. “Domestic violence remains a top priority of my office and any allegation of such will be aggressively prosecuted. We are all very grateful that the victim has survived her injuries. I thank the Naperville Police Department, the South Suburban Emergency Response Team and the Calumet City Police Department whose collaborative efforts led to the identification and apprehension of Mr. Tidwell as the individual allegedly responsible for this horrific attack. I also thank Assistant State’s Attorneys Sean Kinsella and Michael Pingaj for their work in securing charges against Mr. Tidwell.”

“This was a brutal act that could very easily have been fatal, and I'm incredibly grateful that the victim in this case is recovering,” Arres said. “I want to express sincere gratitude to our detectives for their diligence on this investigation and the outstanding effort they put forward to build a strong case against the offender. I'd also like to thank the Calumet City Police Department, the South Suburban Emergency Response Team and DuPage County State’s Attorney Bob Berlin’s office for their assistance in this investigation.”

Tidwell’s next court appearance is scheduled for Oct. 31, 2022, in front of Judge Margaret O’Connell.

Members of the public are reminded that these complaints contain only charges and are not proof of the defendant’s guilt. A defendant is presumed innocent and is entitled to a fair trial in which it is the government’s burden to prove his or her guilt beyond a reasonable doubt. 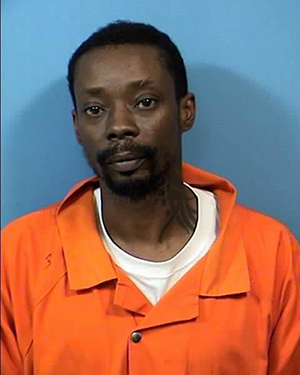