Bond Set at $50,000 for Naperville Man Charged with Hate Crime

(The following is a joint press release by the DuPage County State's Attorney's Office and the Naperville Police Department.)

DuPage County State’s Attorney Robert B. Berlin and Naperville Chief of Police Jason Arres announced today that a Naperville man has been charged with affixing stickers in the shape of a swastika to the campaign signs of then candidate for DuPage County Board Patricia Gustin. On December 9, 2022, Keith Klingeman, 49 (d.o.b. 6/16/1973) of the 400 block of Sheffield Road, was charged with two counts of Hate Crime, Class 4 Felony and one count of Misdemeanor Criminal Damage to Property.

It is alleged that at some point in time between October 2 and October 16, 2022, Klingeman defaced two campaign signs for Gustin with swastika stickers he created with a marker and other stickers. On December 9, 2022, Judge Jeffrey Mackay issued a $50,000 with 10% to apply arrest warrant. Klingeman turned himself in later that day at the Naperville Police Station. He was released from custody after posting the necessary 10%, or $5,000.

“The allegations against Mr. Klingeman are simply despicable,” Berlin said. “Hate crimes have no place in a civilized society. All of us deserve to be treated with dignity and respect and anyone who violates this principle based on race, religion or any other hateful prejudice will be held accountable. I thank the Naperville Police Department for their help in securing charges against Mr. Klingeman. I also thank Assistant State’s Attorney Helen Kapas for her efforts on this case as well.”

“Naperville strives to be an inclusive community that values diversity, and the actions alleged in this case directly conflict with that mission,” Arres said. “This department will continue to vigorously investigate any allegations of hate crimes in this City and hold those responsible for such behavior accountable for their actions. I would like to thank our detectives for their diligent work on this this case as well as DuPage County State’s Attorney Bob Berlin and his office for their support and collaboration on this case.”

Klingeman’s next court appearance is scheduled for January 9, 2023, in front of Judge Brian Telander. 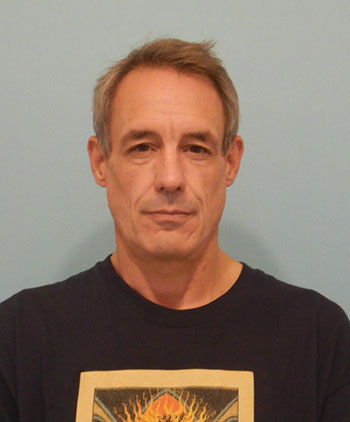