(The following is a joint release by the DuPage County State's Attorney's Office and the Naperville Police Department.)

DuPage County State’s Attorney Robert Berlin and Naperville Chief of Police Jason Arres announced today that additional conditions of bond have been granted for a former Naperville School District 203 paraprofessional charged with possessing child pornography. On November 15, 2022, Judge Jeffrey MacKay issued a $250,000 with 10% to apply arrest warrant for Jeffrey Wickman, 33 (d.o.b. 9/2/1989) of the 25W200 block of Concord Road, Naperville. Three days later, Wickman turned himself in at the Naperville Police Department and was released after posting 10%, or $25,000, of the warrant. Wickman has been charged with four counts of Felony Possession of Child Pornography. This morning, Judge John Kinsella granted the State’s motion for additional conditions of bond which includes: no contact with any minor under the age of eighteen; refrain from entering any Naperville School District 203 buildings or grounds; stay 1,000 feet away from any school or park; have software installed on his electronic devices to monitor his online activities; not consume any controlled substances, including cannabis and submit to testing; and not possess any firearms, firearm ammunition, firearm parts, FOID or conceal carry card.

“Child pornography is vile, abusive to thousands of young children and is not a victimless crime with each one of these disgusting images representing yet another victim,” Berlin said. “The charges filed against Mr. Wickman sends the message that law enforcement in DuPage County will aggressively and proactively pursue child pornographers wherever they may lurk. I want to stress however, that these charges are in no way connected with Mr. Wickman’s association with Naperville School District 203. Authorities at the school have been exceedingly cooperative and for that I thank them. I also thank the Naperville Police Department for their efforts on not only this case but for their ongoing efforts into identifying and locating suspected child pornographers. I also thank Assistant State’s Attorney Alyssa Rabulinski for her work in securing strong charges against Mr. Wickman.”

“Child pornography offenses are always complex and disturbing cases to investigate, and I am so thankful to our detectives who work so diligently to find and hold offenders accountable for their actions,” said Naperville Police Chief Jason Arres. “I also want to thank DuPage County State’s Attorney Bob Berlin’s Office for their support of this investigation.”

“Naperville 203 has, and will continue to, work closely with the Naperville Police Department and DuPage County State’s Attorney Bob Berlin’s office on this case,” Naperville 203 Executive Director of Communication Alex Mayster said. “Immediately after learning of the investigation, the employee was placed on administrative leave and has not been in contact with students. The charges filed do not involve Naperville 203 students.”

Wickman’s next court appearance is scheduled for February 8, 2023, for arraignment in front of Judge Kinsella. 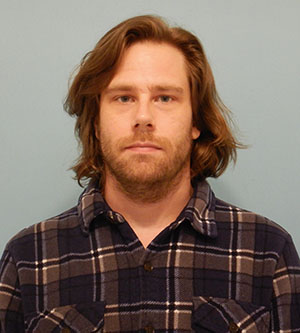