In response to a recent inspection, the Illinois Department of Transportation (IDOT) has recommended a new 8-ton weight limit and lane closures over the Washington Street Bridge. Beginning Thursday, Oct. 6, the outside southbound lane, and the inside northbound lane will be closed to reduce traffic to one lane in each direction over the bridge. In addition, the inside eastbound lane on Aurora Avenue will be converted into a left-turn-only lane between Webster and Main streets and closed between Main and Washington streets, and the outside southbound lane on Washington Street will be converted into a right-turn-only lane between Jackson and Chicago avenues. Through traffic on Washington Street will need to allow for greater travel time or use alternate routes. Closures will remain in place until further notice.

The most recent inspection in September showed signs of increased deterioration. After consultation with bridge engineers from IDOT, the City was directed to lower the posted weight limit from 15 tons to 8 tons and close the outside southbound lane and the inside northbound lane. The lane closures will shift traffic flow away from the impacted area of the bridge and allow the City to prepare for a long-term solution. On-street parking on Washington Street will not be impacted.

A complete replacement of the bridge is tentatively scheduled to begin in spring of 2023. The City has secured federal funding from IDOT to perform the project through the Federal Bridge Program, which will cover 80 percent of the cost.

For more information about the project, including a map of current lane closures and project updates, visit www.naperville.il.us/dtwashingtonbridge. 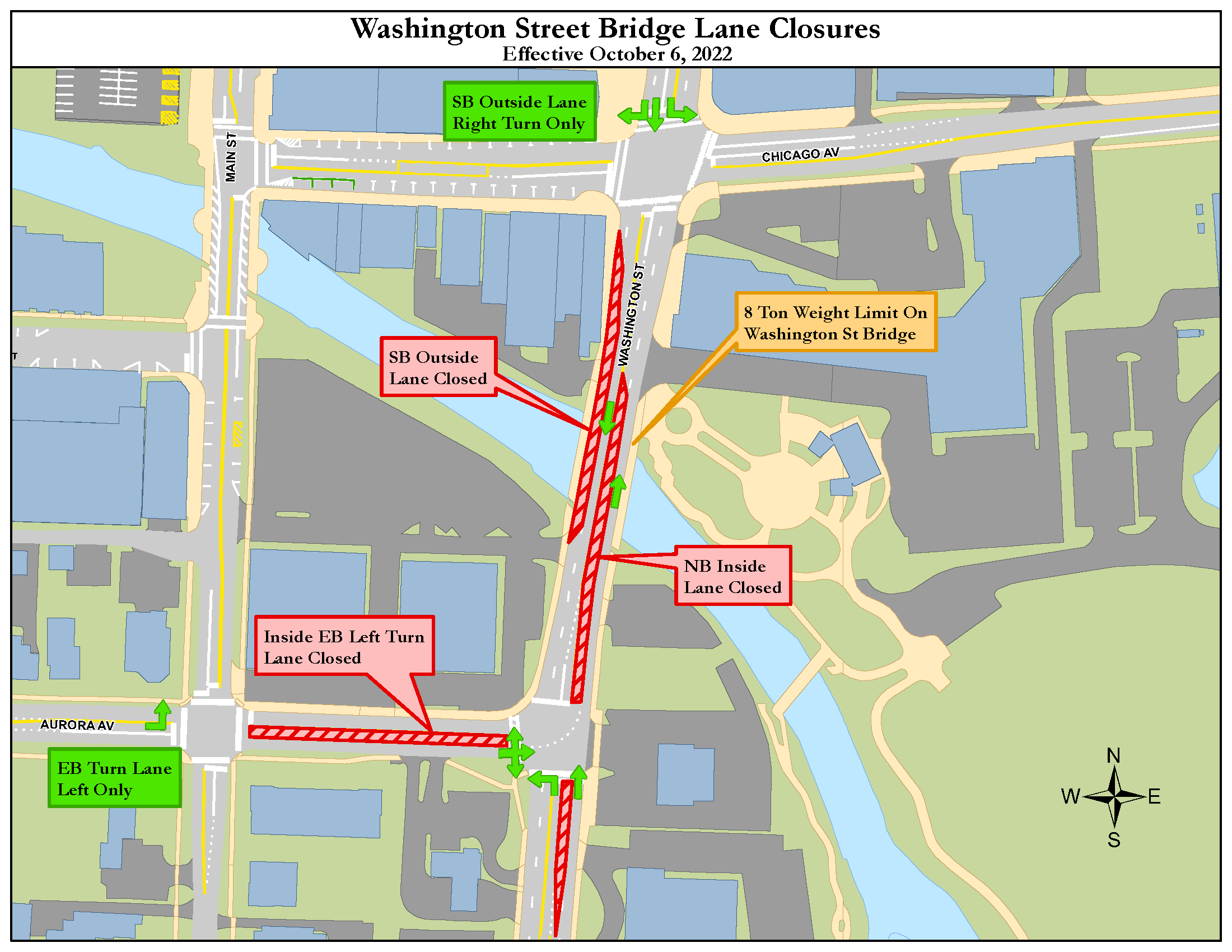