On Oct. 18, 2022, at approximately 4:20 a.m., Naperville Police Officers responded to an apartment building on the 100 block of East Bailey Road for a report of a stabbing. Responding officers learned that a female had been stabbed by another female while inside the apartment of a mutual acquaintance.

The suspect, who was identified as Adrienne C. Williams, 28, of the 700 block of N. Meadows Boulevard, Addison, had fled the scene on foot. A short time later, Williams was located hiding a short distance from where the crime had occurred and was arrested without incident. The victim, a 29-year-old woman from Hanover Park, was transported to a local hospital with non-life-threatening injuries and later released.

Williams is charged with two felony counts of aggravated battery and was transported to the DuPage County Jail.

Anyone with information regarding this incident is encouraged to contact the Naperville Police Department at (630) 420-6666 and ask for the Investigations Division. 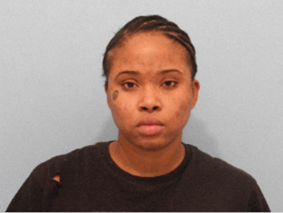