On Tuesday, Sept. 20, 2022 at approximately 6:15 p.m., multiple Naperville Police Officers responded to the 2600 block of St. Albans Circle in response to reports of shots fired and an armed subject walking in the area. Through witness accounts, the scope of the search for the suspect was narrowed to the 2500 block of Durango Lane, where the suspect was taken into custody without incident. A handgun was also recovered. There were no reports of injuries as a result of this incident.

Shabaz A. Chaudhry, 25, of the 2500 block of Durango Lane, Naperville, is charged with reckless discharge of a firearm, aggravated assault, and aggravated unlawful use of a weapon, all Class 4 felonies. 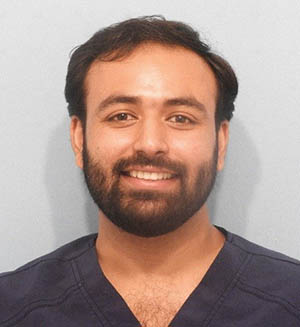