On Feb. 6, 2022 at approximately 4 a.m., the Naperville Police Department responded to the 1800 block of W. Diehl Road for a report of shots fired. Arriving officers discovered that the actual incident had occurred approximately 45 minutes prior to the police being called and all parties involved were no longer on scene. No one was injured as a result of the shooting.

Officers were able to locate surveillance video of the incident and identify those allegedly involved during a thorough investigation of the incident. On Thursday, March 17, 2022 charges related to this incident were secured through the DuPage County State’s Attorney’s Office.

Derrick L. Smith, 32, of the 1800 block of Mulberry Drive, Montgomery, IL, was charged with the following felonies: Armed Habitual Criminal, Aggravated Discharge of a Firearm, and Unlawful Possession of a Firearm by a Felon on Parole.

Smith is currently in custody in Kane County for felony unlawful possession of a firearm by a felon. 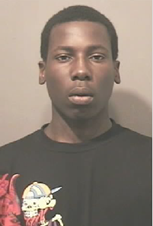