On Wednesday, Sept. 29, 2021, at approximately 9:33 p.m., the Naperville Police Department responded to the 300 block of East Bailey Road for a report of shots fired. Arriving officers found multiple spent shell casings in a nearby parking lot. No one was injured as a result of the shooting. The preliminary investigation indicated that the shots were fired from a dark colored sedan that was traveling through the parking lot, then left the area prior to police arrival.

On Thursday, Feb. 17, 2022 charges were secured through the DuPage County State’s Attorney’s Office after a thorough investigation of the incident was conducted by the Naperville Police Department.

Levell Dewane Leflore, 27, of the 100 block of East Bailey Road, Naperville, was charged with the following: Felony Possession or Use of a Firearm When on Parole and Reckless Discharge of a Firearm. Leflore is currently in the custody of the Illinois Department of Corrections on an unrelated charge. 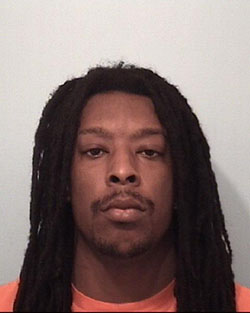 “I think it’s important for the community to understand that, although we would like every case to be closed right away, solving crimes and securing charges doesn’t always happen quickly. However, that doesn’t mean it’s not a high priority for us and I can promise you we don’t give up,” said Naperville Police Chief Jason Arres. “This particular individual was actually arrested the day after the incident on a separate charge, but there was evidence to gather, interviews to conduct and processes to go through in order to obtain charges for the discharge of the firearm. I want to thank the officers and detectives whose diligence and professionalism saw this investigation through to charges, as well as the DuPage County State’s Attorney’s Office for their partnership on this case.”

Arres added, “We recently reported to the community that the number of shootings that occurred in Naperville was up last year compared to previous years. Hopefully the arrests we’ve made previously and the announcement of charges in this particular case bring some level of reassurance to residents that we take our law enforcement responsibility seriously. We will continue to engage in proactive policing measures to try to prevent such actions, and we will be relentless in our response when incidents do occur to make sure we arrest the offenders and hold them accountable.”

DuPage County State’s Attorney Robert B. Berlin added, “As a convicted felon on parole, there is no reason whatsoever that would allow Mr. Leflore to be in possession of a firearm, as alleged in this case. I commend the Naperville Police Department for their outstanding work that led to the identification and apprehension of the defendant in this case and for their ongoing efforts to keep our communities safe.”

If anyone has additional information regarding this crime, they are encouraged to contact the Naperville Police Department at (630) 420-6666 and ask for the Investigations Division.