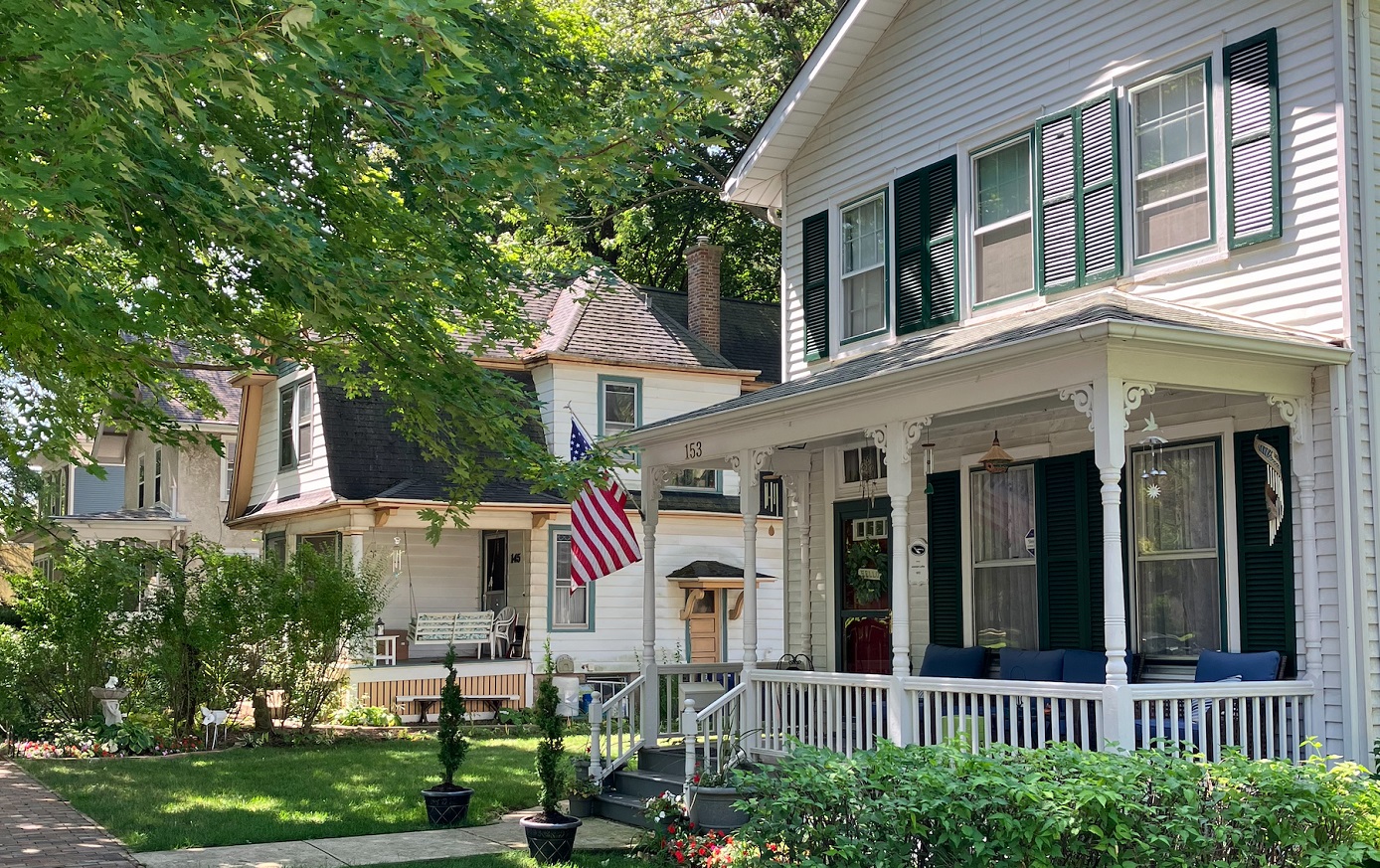 Johnson Laskey Windshield Survey (2007)
In 2007, the City, in cooperation with Naper Settlement/Naperville Heritage Society, hired Johnson Lasky Architects to conduct a reconnaissance survey of the downtown businesses and certain residential areas; this survey is often referred to as a “Windshield Survey.” The purpose of the Johnson Laskey Windshield Survey was to obtain objective information on the City’s historic and architectural resources to serve as a guide for City planning needs and create a foundation upon which reviews for future development proposals in this sector of the city may be assessed.

Architectural and Historical Survey of Naperville’s Historic District (2008)
Between October and December 2007, Granacki Historic Consultants conducted an intensive field survey of the Naperville local historic district. For this project, 322 properties were surveyed. The purpose of the architectural resources survey is to identify, document and evaluate the structures identified within the survey area for their architectural significance, to prepare an inventory of each structure’s significant architectural features along with its current condition, and to denote any alterations that have been made to the structures over time. Click here to view the background and context for the survey. The project consists of photographs and written documentation for each building in the survey area, together with this report, which summarizes and evaluates the findings of the survey and makes recommendations. The data for each individual property is organized by street address:

Downtown Survey (2010)
In October 2010, the City hired Granacki Historic Consultants to survey 53 buildings in the City’s downtown commercial area in accordance with recommendations made in the Naperville Downtown2030 plan and the 2007 Windshield Survey. The buildings surveyed were selected with assistance from the Naperville Heritage Society and include some of the federal historic district and some of the local landmarks. This survey did not include the local historic district.

The City of Naperville values its rich history and heritage. This ordinance was developed to help protect buildings that help define that legacy.