(The following is a joint press release from the DuPage County State's Attorney's Office and the Naperville Police Department.)

DuPage County State’s Attorney Robert B. Berlin and Naperville Chief of Police Jason Arres announced today that bond has been set for a Chicago man accused of illegally possessing a Dodge Durango and illegally possessing a loaded firearm. Frank Whitefield, Jr., 20 (d.o.b. 5/27/2002) of the 7600 block of S. Champlain Avenue, appeared in Bond Court yesterday afternoon where Judge Joshua Dieden set bond at $250,000 with 10% to apply. Whitefield has been charged with one count of Possession of a Stolen Motor Vehicle (Class 2 Felony) one Count of Aggravated Unlawful Use of a Weapon (Class 4 Felony) and one count of Possession of Burglary Tools (Class 4 Felony).

On January 24, 2023, at approximately 4:41 a.m., Naperville Police responded to a call in the 1600 block of Westminster. Upon their arrival, officers learned that a Dodge Durango had been stolen from that location just prior to their arrival. Through the course of their investigation, officers were able to locate the Durango at a gas station on Rte. 59 near I-88 in Naperville. As an officer approached the Durango at the gas station, it is alleged that Whitefield and an unidentified individual exited the vehicle and fled on foot. Following a brief foot pursuit, the officer took Whitefield into custody. It is alleged that when the officer took Whitefield into custody, he was in possession of a loaded .45 caliber Glock pistol with one round in the chamber, an extended magazine and a laser attachment, which the officer was able to take away from Whitefield.

“Once again, the Naperville Police Department has demonstrated their professionalism and dedication to public safety and the rule of law,” Berlin said. “The crimes alleged in this case will not be tolerated in DuPage County and anyone suspected of such behavior will be quickly apprehended and find themselves facing serious charges which will be aggressively prosecuted. I commend the Naperville Police Department for their outstanding efforts in this case which led to the apprehension of Mr. Whitefield. I also thank Assistant State’s Attorney Thomas Elsner for his work in preparing a strong case against this defendant.”

“This was phenomenal police work, from the initial response to the swift location and apprehension of the suspect,” said Naperville Police Chief Jason Arres. “I’m grateful every day for the work ethic and professionalism displayed by our patrol officers. I want to thank those who were involved in this case as well as DuPage County State’s Attorney Bob Berlin and his office for their involvement and commitment to public safety.”

Whitefield’s next court appearance is scheduled for February 21, 2023, for arraignment in front of Judge Daniel Guerin. 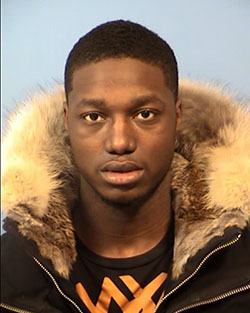