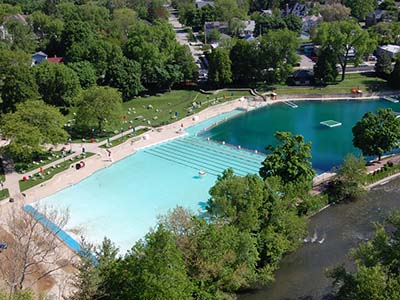 Centennial Beach is a historic quarry that holds an amazing 6.2 million gallons of water that starts with zero depth and goes as deep as 15 feet. It is classified as a “beach” through the Illinois Department of Health and not as a swimming pool. The water itself is chlorinated, re-circulated and hand-skimmed to remove debris, but it is not filtered like a typical swimming pool. Additionally, the water is not heated, so the temperature increases over the course of the summer, provided that the air temperatures are adequately warm. 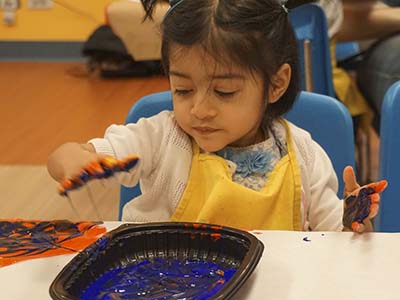 Explore, create, build, wonder, discover, think, play and more. DuPage Children’s Museum is serious fun! Kids play and have a blast while parents know they are also learning important lessons about S.T.E.A.M. (science, technology, engineering, art, math) and the world all around them. The opportunities are endless. There’s no need to pack a lunch…Visit the S.M.A.R.T Café, a fueling station for the body and mind, located on the Museum’s lower level. Plan your visit today! 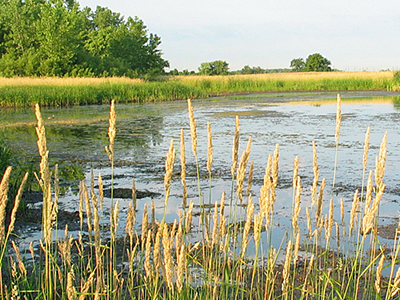 The Forest Preserve District of DuPage County is a nationally recognized conservation agency that envisions a community in which all citizens share a connection with nature and an appreciation for cultural history. For over 100 years the Forest Preserve District of DuPage County has strived to protect and improve the county's natural areas while providing high-quality educational and recreational experiences for the people who call DuPage home.

Forest Preserve District of Will County 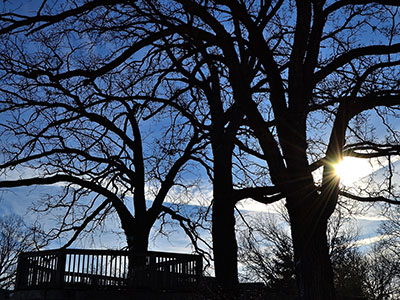 The Forest Preserve District of Will County was created by referendum on July 25, 1927, to preserve the County's fast-dwindling wilderness and open spaces for the benefit of future generations. In the current climate of rapid urbanization of Will County, open land preservation is all the more difficult and all the more important. With funds raised by voter referendums passed in 1999 and 2005, the Forest Preserve District of Will County has acquired more than 8,600 acres of land in the past decade. The result has been that communities from Naperville to Beecher have benefited with increased preserved open space and amenities that have attracted tens of thousands to Will County forest preserves.

Visit the Forest Preserve District of Will County 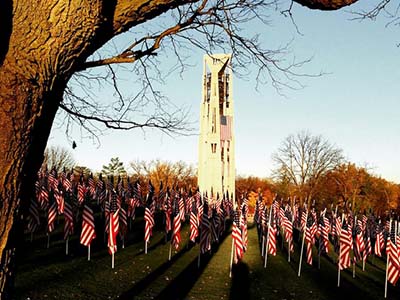 At the base of the Riverwalk's Rotary Hill stands the majestic Millennium Carillon in Moser Tower, a unique, 16-story structure with a 72-bell musical instrument. This gift, given to the Naperville community to commemorate the dawn of the New Millennium, was built through community support and donations, and is maintained through a partnership between the Naperville Park District, Millennium Carillon Foundation and the City of Naperville. Visitors can climb the 253 steps to the top of the tower on the guided tour and enjoy the spectacular view, where on a clear day the Chicago Skyline can be seen. Those who are unable to climb the stairs are encouraged to use the elevator and remain on the Gallery Level Observation Deck.

MILLENNIUM CARILLON IN MOSER TOWER AND VISITOR CENTER CLOSED IN 2021 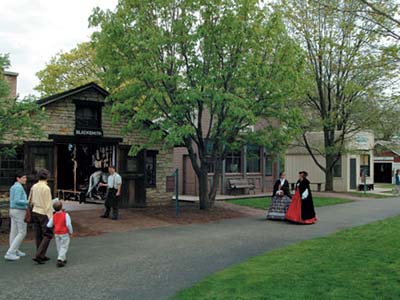 Naper Settlement is an outdoor 19th century living history museum that serves northeastern Illinois as a unique educational and cultural resource. The village tells the story of how life changed throughout the 19th century for the people of northern Illinois in towns such as Naperville. During this era, Naper's Settlement was transformed from a pioneer outpost in 1831 to a bustling turn-of-the century community. Through its costumed interpreters and 30 historic buildings located on the 12-acre grounds, history is brought to life with educational and hands-on activities for 150,000 visitors each year. 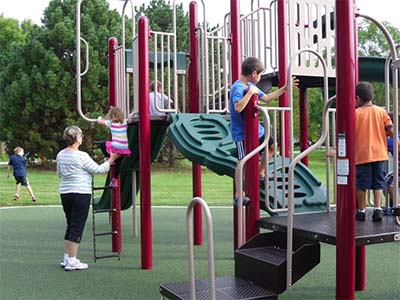 Created in 1966, the Naperville Park District is an independent, municipal agency serving the recreation needs of its residents. An Illinois Distinguished Agency since 1994, the District is one of only 1% of park districts across the country to be nationally accredited through the Commission for Accreditation of Park and Recreation Agencies (CAPRA). The Naperville Park District’s mission is to provide recreation and park experiences that enrich the quality of life for our community, including benefits such as community health, environmental education, social connections, and personal growth. The District maintains and operates more than 2,500 acres with 140 parks and facilities and provides more than 1,400 recreational, arts and environmental programs and special events annually. Included within the District’s operations are two championship golf courses, a multitude of playgrounds, trails, athletic courts and sports fields, two inline skating and skateboarding facilities, the Millennium Carillon, a paddle boat quarry, historic Centennial Beach, and the beautiful Riverwalk. 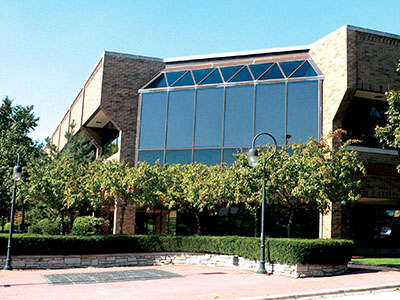 On September 22, 1898, Nichols Library opened its doors to serve Naperville's 2,200 residents. Thanks to a gift from James Lawrence Nichols, the city purchased the land, hired an architect and then built and furnished the library. In 1992, the Naper Boulevard Library in southeast Naperville, opened on the upper of two floors and expanded to the lower level within only three years. In 2002, ground was broken for the construction of a 73,000-square-foot building on 95th Street in south Naperville. The Library has frequently earned a five-star ranking from the Library Journal's Index of Public Library Service, which measures circulation statistics, library visits, program attendance and public computer usage on a per capita basis.

[all photos and text courtesy of the respective organizations]