Violence at home touches everyone within the home, regardless of age. The Naperville Police Department is committed to creating and fostering a departmental and community-wide understanding of the issues and dynamics surrounding domestic violence. If you feel that you might be a victim of domestic violence, or would like more information for a loved one or friend, the resources provided are available to offer support, information and guidance. 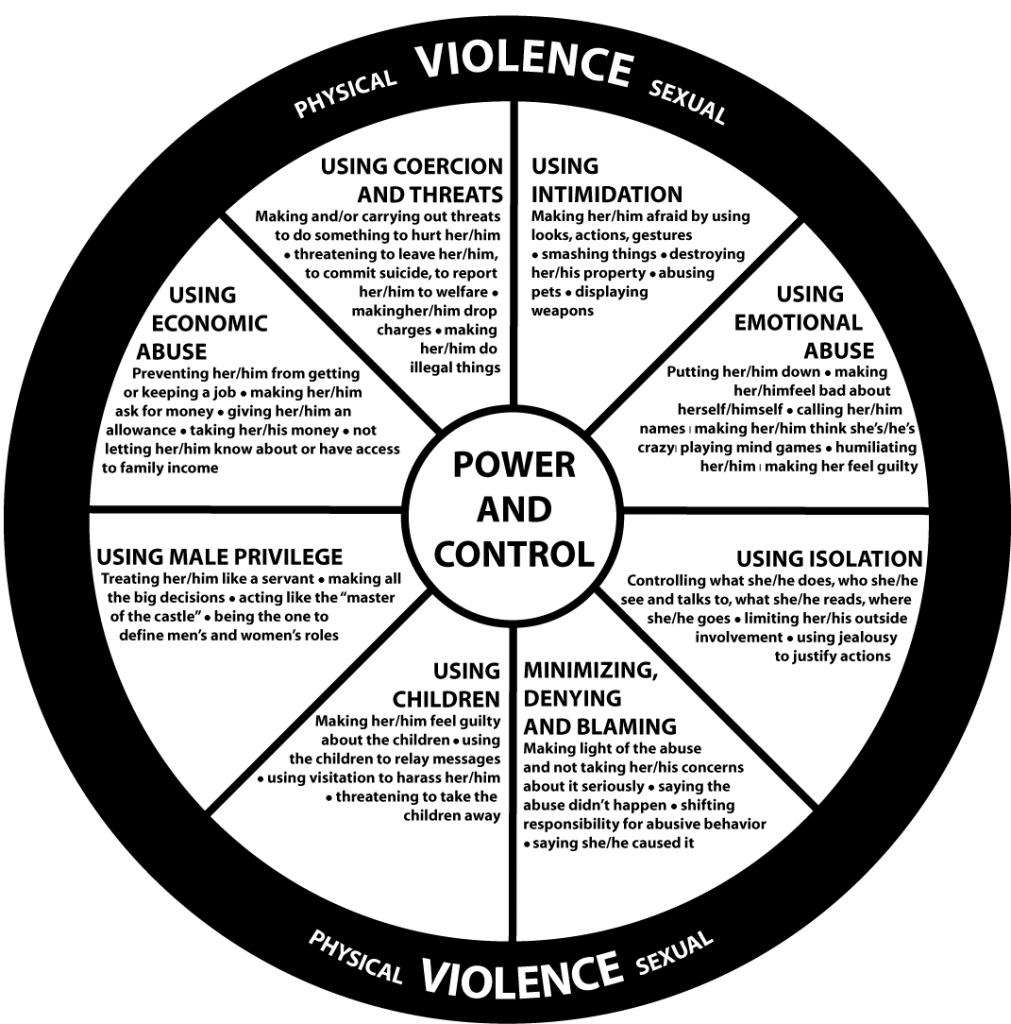 Domestic violence is rarely present at the initial stages of a relationship but rather develops over time. This is generally one of the reasons leaving a violent relationship can be so difficult; memories of happier times and faith and hope that the abuser can change are common. Similarly, a perpetrator’s tendencies toward abusive behavior emerge slowly and may not initially be perceived as abusive. For example, beginning stages may be characterized by attempts to control and isolate the victim’s social life but it’s done in such a way that the victim may feel flattered (“Why don’t you just cancel those plans with your friends tonight and hang out with me instead? I just love spending time with you, you make me so happy and I hate being without you”). Over time, compliments and flattery may fade and the abuser may make seemingly minor comments that hurt a victim’s self-esteem (You really should do your hair once in a while, you look like a mess with it tied up like that). This abuse escalates over time may or may not turn physical.

Individuals who are involved in violent relationships often report that the abuse follows a predictable pattern of interactions. This is known as the “Cycle of Violence” and is represented below. [Image Source] 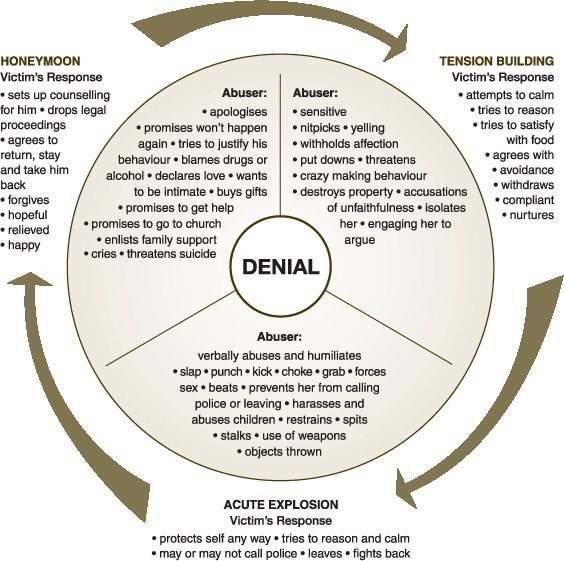 Myth: Children do not suffer long-term effects from family violence.
FACT: Children of abusive parents often are abused physically or sexually. In many cases, they continue the cycle of violence by abusing their own children. Statistics show that children who witness violence are more likely to commit acts of violence later.

Myth: Family violence is not widespread.
FACT: Domestic violence is a widespread and serious problem in America, with devastating consequences for individuals, families, and communities.

Myth: Family violence happens only to women in low-income groups.
FACT: Although violence in families is drastically underreported, it affects all kinds of people regardless of gender, race, culture, age, sexual orientation, class, or citizenship status.

Myth: Family violence is not a crime. It occurs in the home and is strictly a private matter that doesn’t affect anyone else.
FACT: Any threat or attack against a person is a crime, no matter where it happens or who does it.