Applications received after Friday. Aug. 12 will be placed on a waiting list for the 2023 banner cycles.

All banners from the 2022 installation cycle will be removed by mid-November. The City is currently finalizing plans for a banner pick-up, which will tentatively take place in December once all banners have been removed. Notice will be posted and shared with applicant families once plans have been finalized.

All veterans, even those not featured in the current banner cycle, are available for viewing on the Naperville Salutes banner location map located under the “Not Currently installed – See their story” section within two weeks of application submission.

The City of Naperville is proud to recognize and pay tribute to Naperville’s military heroes for their sacrifice and service through the Naperville Salutes street banner program.

This joint effort between the City of Naperville, VFW, Naperville Public Arts Task Force, Naperville Park District, Naperville Heritage Society, Freedom Heroes of Naperville and Naperville Responds for Veterans serves as a living tribute for our community to honor past and present members of the Armed Forces and their family members.

Naperville Salutes provides the opportunity for a member of the public to nominate an active duty service member or veteran to be honored with a street banner that will be hung from a City light post in various locations throughout town. The banners will be prominently displayed on Jefferson Street from Mill Street to the river, Mill Street from the BNSF train tracks to Jackson Street, on the Naperville Riverwalk near Centennial Beach and Central Park.

Those interested in nominating a veteran must submit a nomination form online. The program requires the submission of a high-resolution digital image of the honoree in official uniform. By nominating a family member, the requestor is giving the City permission to include the information on the banner and website.

Due to the limited number of banner sites available, applicants will be selected at random. Chosen applicants will be notified by City staff once an installation date has been determined. Nominees who are not chosen for the 2022 calendar year will be placed on a waiting list for future installations. Completing a nomination form does not guarantee reservation or banner approval.

To be eligible, a veteran, living or deceased, must have resided in Naperville at some point in his or her life.

The banners, designed by the Naperville Public Arts Task Force, are double-sided and include the veteran's name, service photo and branch of military.

Banners will be displayed during the specified timeframes on designated street light poles at the following locations:

Approximately 150 banners are available for each 60- to 90-day period in 2022. Banners on the roadways are 30 inches by 60 inches and banners on the Riverwalk are 18 inches by 36 inches. All honoree information and photos, including those not displayed in the current banner cycle, will also be displayed on the Naperville Salutes banner location map.

Banner sites may be added or removed at the discretion of the City. Upon removal it is the intention of the City to present the banner to the honoree's family. 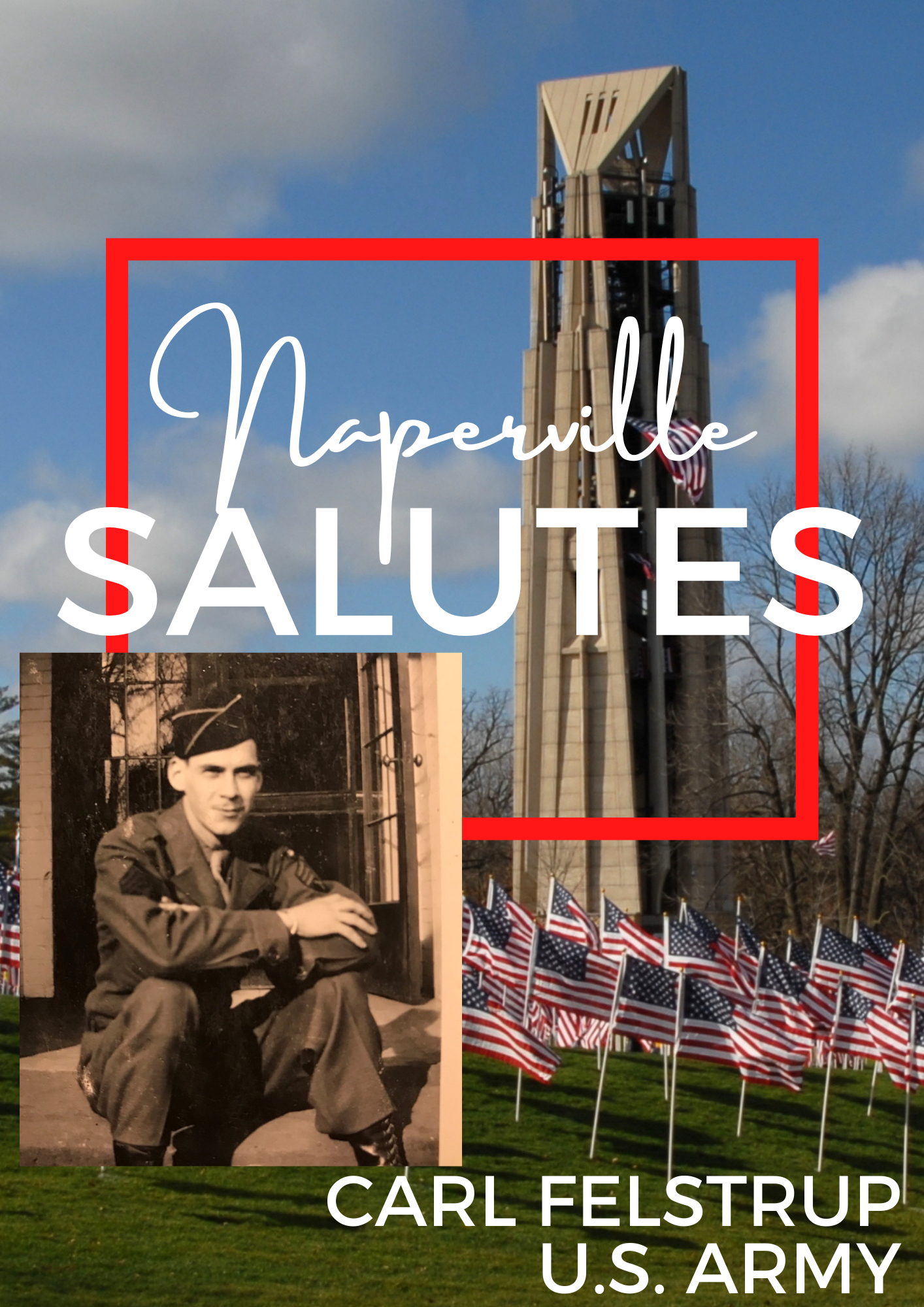 (Final banner design may be different than image shown here.)