87th Street is a minor arterial street in south-central and southwest Naperville that carries traffic east-west and connects Washington Street to Route 59. Along the south side of Springbrook Prairie Forest Preserve, 87th Street crosses Spring Brook Creek, a meandering waterway with natural twists and turns that provides beautiful scenery and wildlife habitat within the preserve. A small bridge along 87th Street just east of Plainfield-Naperville Road carries traffic over the creek.

The 87th Street bridge is roughly 36 years old and meets Federal Highway Administration qualifications for reconstruction. The City of Naperville is in the process of replacing the bridge, with engineering studies now underway. The project will consist of removing the existing two-lane bridge and replacing it with a two-lane structure with a sidewalk along the south side of 87th Street. Reconstruction is projected to occur in late 2023 or early 2024.

The City is seeking public comments on the effects that proposed improvements to the 87th Street bridge will have on Springbrook Parkway. Springbrook Parkway, which is under the jurisdiction of the Naperville Park District, is a significant, publicly owned public park. As such, it is subject to protection under Section 4(f) of the U.S. Department of Transportation Act of 1966. For the 87th Street bridge project, the City intends to seek a Section 4(f) “de minimis” impact finding from the Federal Highway Administration, based on a determination that the project will not adversely affect the features, attributes, or activities that qualify Springbrook Parkway for protection under Section 4(f). To provide comment, contact Project Engineer Phil Tartaglia at tartagliap@naperville.il.us or (630) 305-5203. 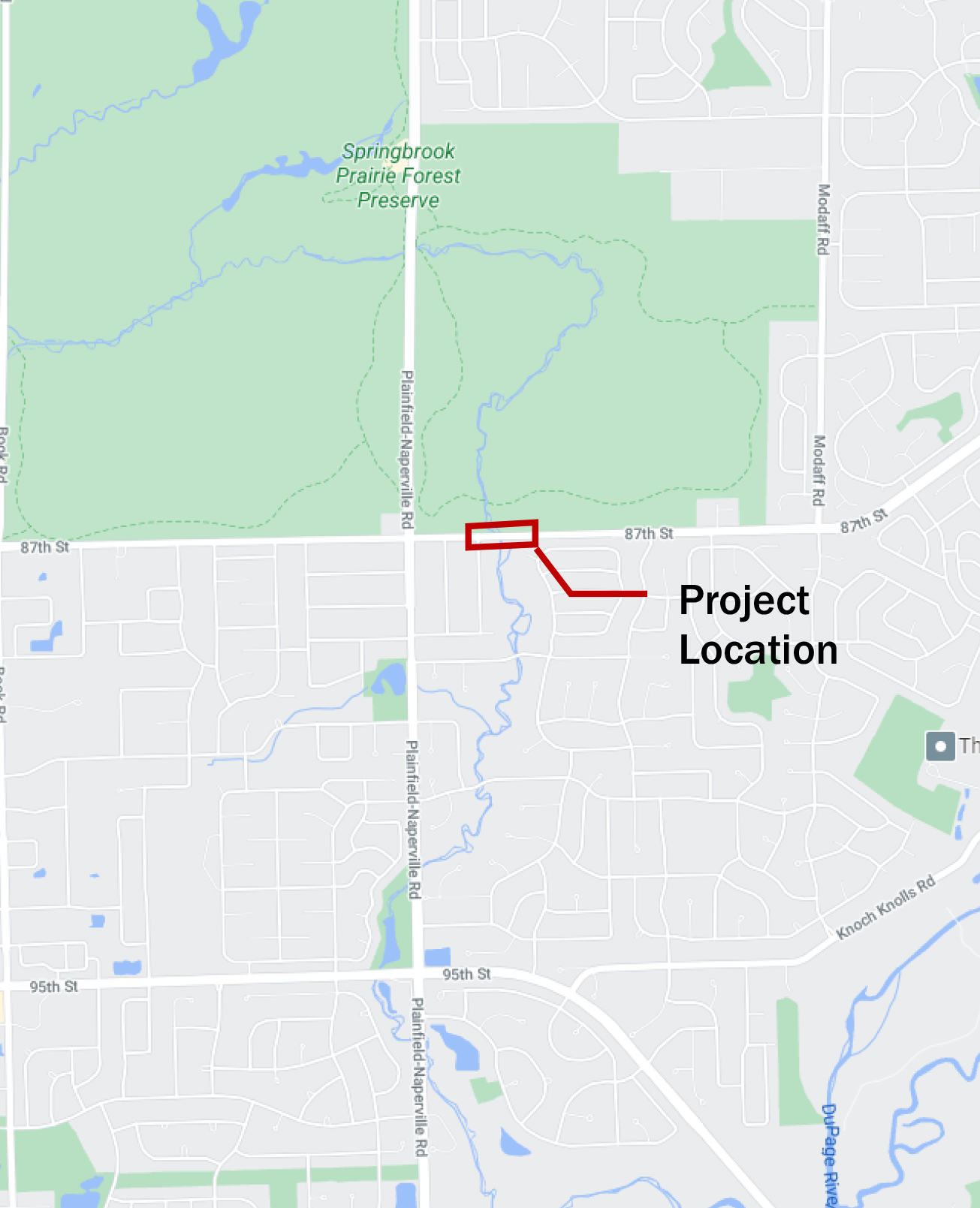 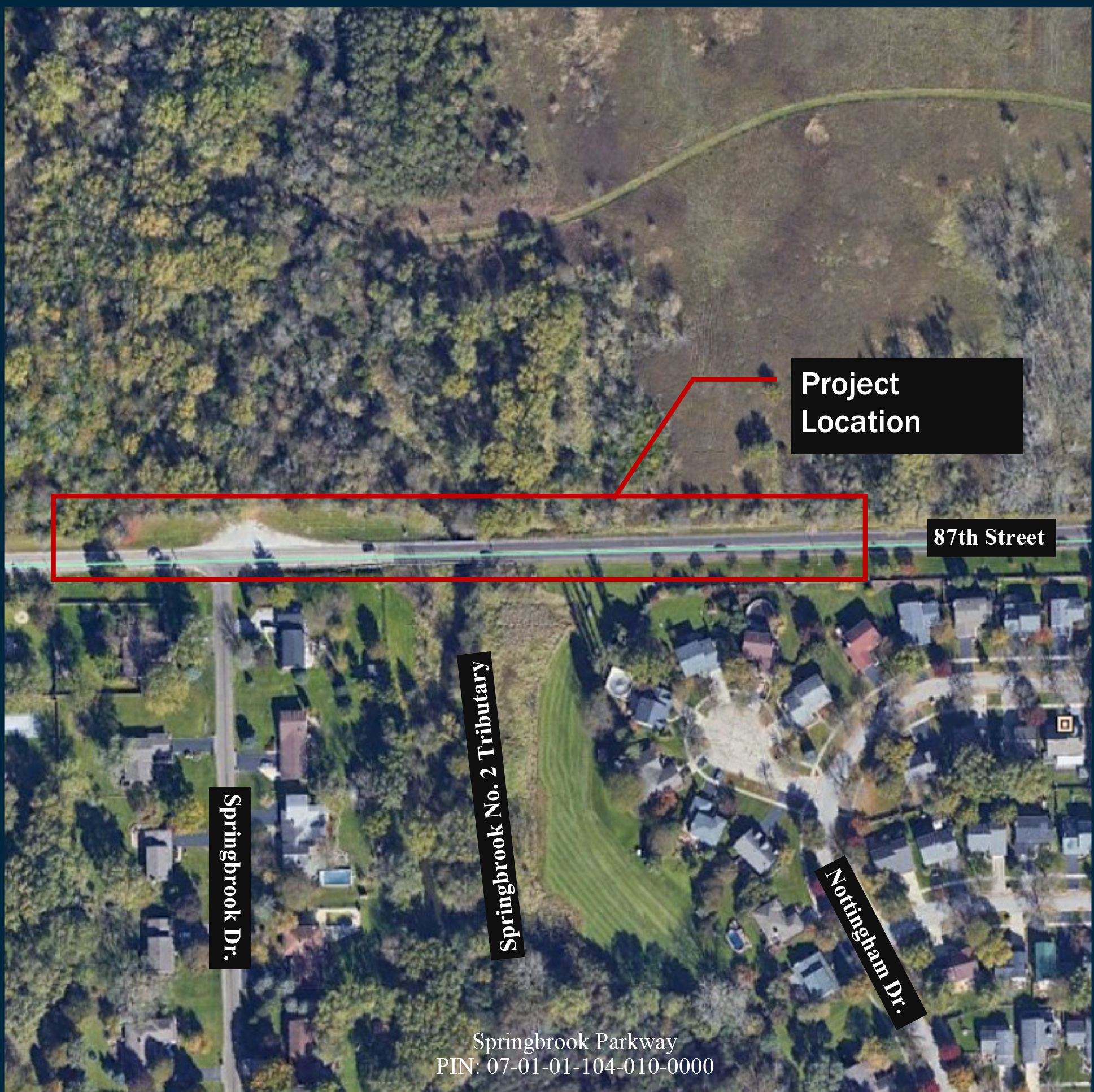 CURRENT UPDATES: Phase I engineering studies have been underway since February 2019. A public information meeting is scheduled for 4 to 7 p.m. Wednesday, July 27 in meeting rooms A and B at the Naperville Municipal Center, 400 S. Eagle St. During the meeting, project engineers and consultants will share details about the project and seek resident feedback. To submit comments, please contact Project Engineer Phil Tartaglia at tartagliap@naperville.il.us or (630) 305-5203.